The end of civilization as we know it due to climate change? Read Ed Rubin’s cli-fi novel 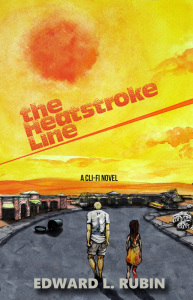 ‘Edward Rubin has temporarily exchanged his academic cap for a novelist’s hat and has written a powerful cli-fi novel set in the near future.

”He knows that “Mad Max,” “The Hunger Games,” “Waterworld,” “The Walking Dead,” and innumerable other books, movies and TV series attract large audiences by portraying a future where society has been devastated by war, disease, environmental calamity or supernatural disaster. Such post-apocalyptic tales constitute an important and widely-popular genre.

”As a novelist, Rubin wants to place his own cli-fi footprint in the sands of time and hopes that his book will serve as a kind of warning flare for readers now and in the future.”  — Dan Bloom, The Cli-Fi Report

EXCERPT:
Daniel Danten didn’t really want to have a family…